This may sound a bit old-school, but I thought you guys might get a kick out of some free avatars for your social media.  I've made four so far, but will probably release more as the release approaches.  Here they are... 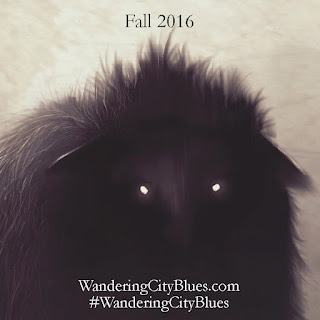 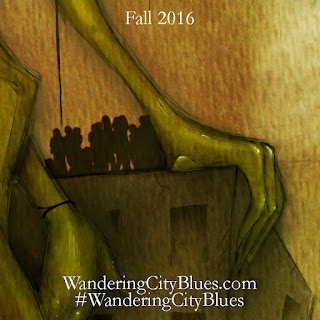 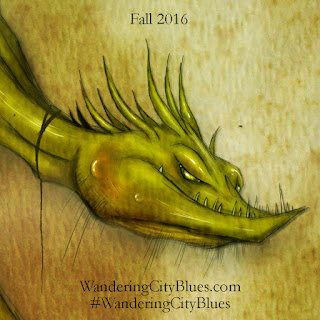 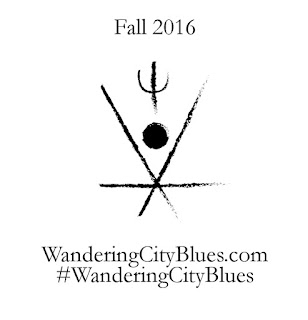 So, this next book (which will one day have a title) takes place on five colossi.  If you read "Timeshare," which is the first two chapters of the book, you'll know that Proteus and Triton are the first two.  I won't name the other three for spoilers' sake, but right now I'm a good deal of the way through the fourth colossus.  I can say with confidence that I'm somewhere between two-thirds and three-quarters finished with this novel.  Whew!  Over the last few months, it's gone from "I have to scale that mountain?!" to "It's all downhill from here."  One of the things that's been the hardest to do comes from a melodramatic-sounding phrase of which I'm not too fond: killing your darlings.

"Killing your darlings" refers to any time an author has to get rid of one of his or her favorite (or most extravagant, or self-indulgent) passages in the interest of producing a better book.  My favorite example is the deleted scene in Natural Born Killers with Ashley Judd in the courtroom.  It's a fantastic scene, but it screws up the entire narrative of the third act of the film and ultimately Oliver Stone had to cut it.  For the first time, I'm actively killing a darling of mine.  Protagonist X is trying to escape from Villain Y.  So Protagonist X either handcuffs (or stabs with a steel rod or piece of rebar) Villain Y to something in order to buy Protagonist X some time.  Maybe it's a pipe or radiator in a building or maybe it's a big load of garbage and junk that's going to be dumped off the theriopolis in moments - something that requires immediate escape for Villain Y in order for him to achieve his goals.  Villain Y, without hesitation, grabs a nearby cleaver with his free hand and uses it to take off his other hand and continue to pursue Protagonist X.  This demonstrates Villain Y's lack of regard for the human body, his insanity for making the decision immediately and without care, and his toughness for continuing his pursuit thereafter.  It also demonstrates Protagonist X's inability to reconcile his/her usual method of restraining a bad guy - or metaphorically X's entire understanding of the way the criminal mind works - with this new reality of people willing to amputate themselves just to escape captivity.

So it sounds cool and logical, right?  Kind of?  So why not put it in?  Well, the immediate problem is how the hell to set that all up.  I could work it out that all these things lined up and happened one way or another.  Like, Villain Y could have that monologue in which Protagonist X slowly realizes things are turning from cooperation to "I'm gonna kill you right here."  Sure.  Then Protagonist X could realize it and make a swift move to restrain Villain Y with handcuffs or by staking Y's hand to the table somehow.  Grisly, but sure.  And if this scene took place indoors in the crazy setting it is, there could be a lone cleaver hanging around.  But honestly, I kept looking at it and no matter what way I did it, it seemed like too big of a stretch, too much setup, too much suspension of disbelief in order for it to remotely pay off (let alone have a big enough payoff).

There are other logistical problems too - once the heroes try to restrain Villain Y and Y takes his own hand off, what then?  It would be open season on the heroes, and any boarding or disembarking on the colossi takes a lot (and only works if the titan in question is near a skyscraper or other creature the humans can travel to).  At the end of it I'd have to either write it so that the amputation coincidentally takes place just as the leviathan is passing a transfer point, or that the heroes happen to find parachutes or wingsuits so they can run to the edge of the beast and jump off.  The latter would likely result in them landing on the surface, catching Red Lung, having to walk a couple hundred miles and gain passage onto another colossus.  Way, way, way too much work to be "worth it," and it wouldn't even make the book better.  So I had to let go of this sweet-ass-sounding scene because it just didn't all add up.

Anyway.  Sorry for the ramble!  Enjoy your avatars, friends!